Lots Of Things To Do and See

Many people traveling to Bangkok are immediately overwhelmed by the sheer size of the city (now boasting around twelve million people) and the wide variety of sightseeing opportunities, spanning more than two centuries of rapid development. The city’s bustling streets are an exciting destination in themselves from the myriad of people groups and colorful clothing to the street vendors displaying exotic fruits and Thai favorites cooked right there on small barbeques.  Visitors are also quickly enamored by the many attractions, from exotic temples, which underscore Thailand’s strong Buddhist history, to modern shopping malls.

Thailand’s Grand Palace is arguably the premier Bangkok sightseeing attraction and offers an opportunity to appreciate Thailand’s unique cultural traditions.  The palace is situated in the heart of Bangkok’s Rattanakosin Island.  The gleaming spires of the Grand Palace are also conveniently located near Bangkok’s most spectacular temples.  You can reach all these attractions easily through a variety of transportation modes - though we highly recommend going by express river boat on the Chao Phraya river.

Beyond Bangkok There are several provincial regions to explore including Ayutthaya.  The city of Ayutthaya, less than an hour north of Bangkok, became Thailand's capitol around 1350 and remained the capitol until the Burmese sacked the city around the same time as the Boston Tea Party in the late 1700s.  Ayutthaya features a great expanse of ruins (including a few larger sites where you can explore temple ruins), the Bang Pa In palace and Wat Phukhao Thong, a massive restored temple built in 1387. 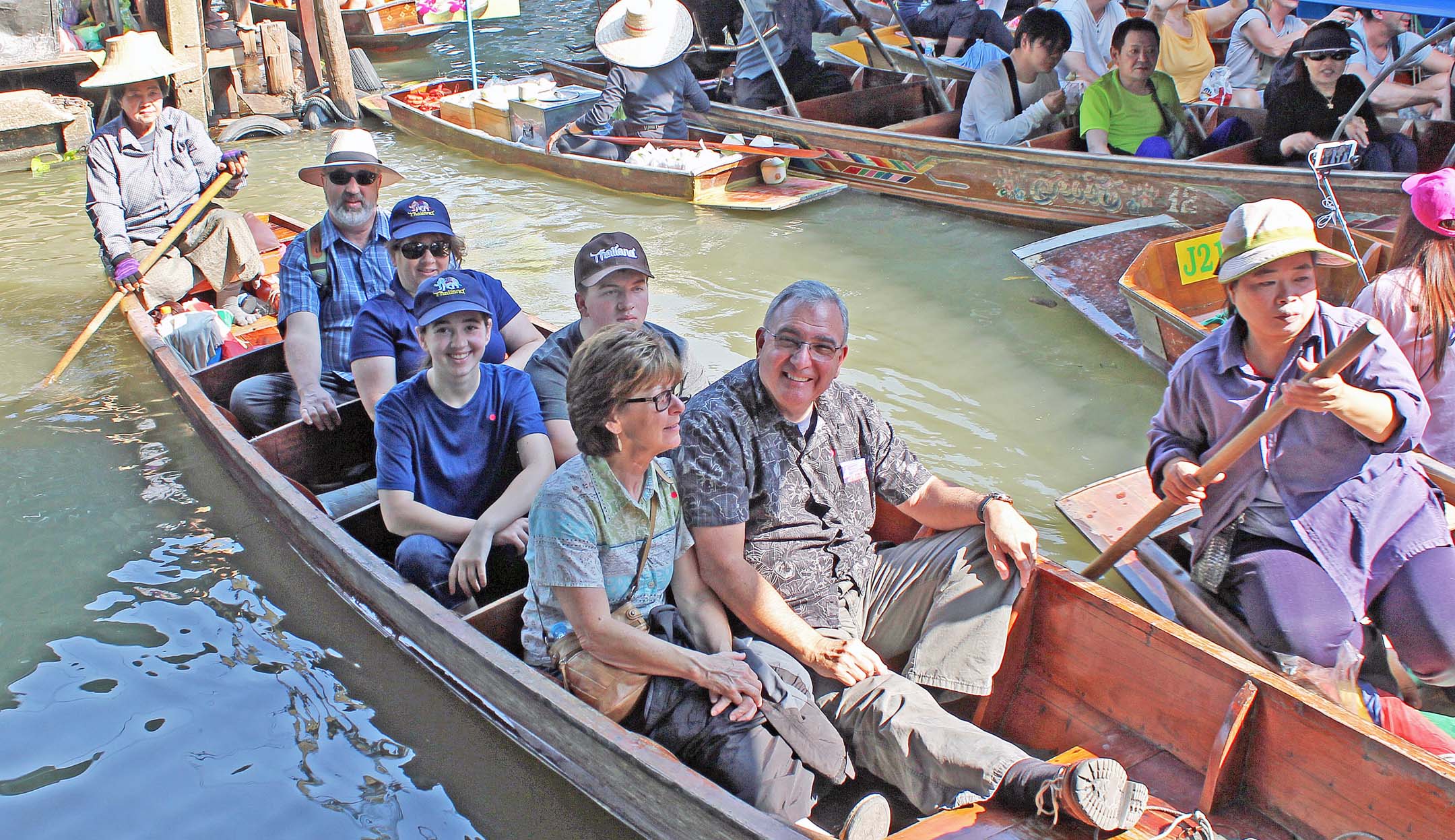